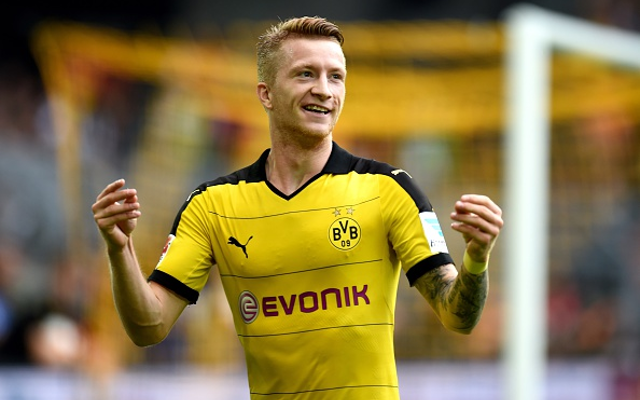 Red Devils ace Adnan Januzaj is currently on loan with the Bundesliga outfit, supposedly to gain experience and some first team action. However, if he performs well enough at the Westfalenstadion during his deal, then BVB are willing to discuss a swap deal involving the 20-year-old and the Germany international.

Having the Belgian as a part of the deal should lower the 26-year-old’s transfer fee. He is currently rated at £60 million after signing a new contract last season. However, United will still face competition from several sides. Manchester City, Chelsea, Arsenal, and Real Madrid have all been linked with the forward, who is currently out with a broken toe.

Last time round Reus managed seven goals and two assists in 20 league appearances during an injury hit campaign. A better example of his abilities may be the 2013-14 season, in which he scored 16 and assisted 13 in 30 matches. However, with Anthony Martial, Memphis Depay, Wayne Rooney, Juan Mata, and Ashley Young already at Old Trafford, signing the Dortmund man may mean Louis van Gaal has to offload someone.