50 best new arrivals to the Premier League in the last five years.

A run-down of the 50 best imports into the Premier League in the last five years, with big-name arrivals like Eden Hazard at Chelsea and Mesut Ozil at Arsenal…

Despite ending up being a bit of a one-season wonder, Michu proved an absolute bargan when he joined Swansea for just £2m, scoring 22 goals to help the club win the League Cup.

Not quite at his best since moving to Tottenham, Mousa Dembele initially looked a real class act at previous club Fulham.

An exciting signing by Stoke last summer, former Barcelona prodigy Bojan moved to England and started brightly before getting injured.

Starting in sensational form, Papiss Cisse scored one of the best Premier League goals of all time against Chelsea before fading slightly, though he’s still a dangerous forward.

Prolific at West Ham and Newcastle, Demba Ba proved a real hit in English football even if he flopped slightly when he made the move to Chelsea.

One of Europe’s most exciting youngsters, Adama Traore joined Aston Villa from Barcelona this summer and has made an instant impact.

A rock solid left-back, Nacho Monreal has overcome a tough start to become first choice in defence for Arsenal, helping them to two FA Cup wins.

A huge prospect poached from Bayer Leverkusen, Emre Can has settled quickly at Liverpool and looks a future captain for the club.

Not quite as good as expected, but Willian has played his part for this Chelsea team, helping them win the Premier League and Capital One Cup last season.

A great signing on a free, Bafetimbi Gomis has shone with Swansea after his move from Lyon, scoring 14 goals so far. 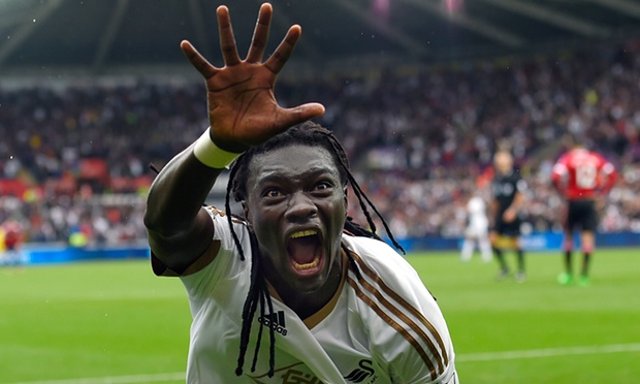