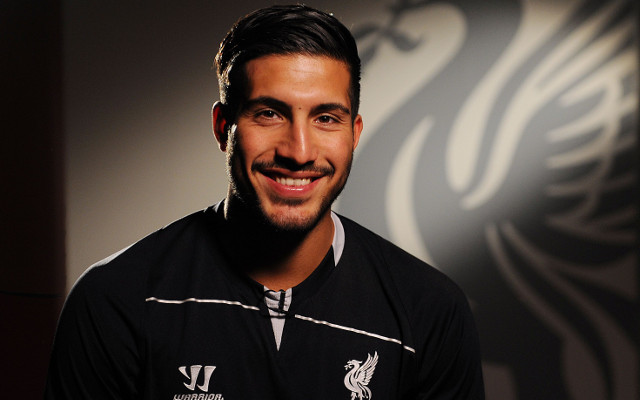 Highly-rated Liverpool midfielder Emre Can has acknowledged he must improve his goal return and shoulder more responsibility if he is to nail down a regular spot in the team this season.

After reporting for pre-season training later than expected because of his exploits at the European Under-21 Championships for Germany earlier this summer, he was a second half substitute for the Reds opening two games of the new campaign against Stoke City and AFC Bournemouth.

However, an injury to club captain Jordan Henderson afforded Can a promotion to the starting XI in the two fixtures before the international break against London duo Arsenal and West Ham United, where he produced two contrasting performances.

The 21-year-old was impressive against the Gunners in the goalless draw, but was largely ineffective against the Hammers during the disappointing 3-0 defeat at Anfield and Can admits consistency is the key to him becoming a permanent fixture in the Merseyside outfit’s engine room:

“I think the competition for places is good for the team. I’m ready to take more responsibility as I’m in my second season. My English is improving and I’ve matured as a player,” he told the club’s official website.

“Playing in midfield means you have to take more responsibility. That means I want to score more goals and help the team to get results.”

“I want to do more in attack and I know I can improve in that area of my game. I want to do much more going forward in terms of scoring goals and providing assists,” Can added.

Can will be hoping to retain his place in the team for Saturday evening’s huge clash against fierce rivals Manchester United at Old Trafford.