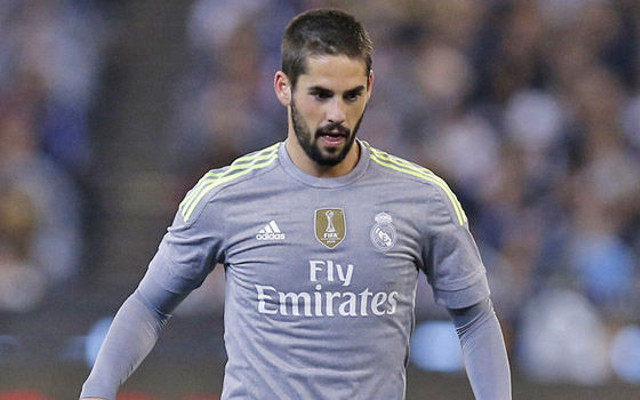 Arsenal are reportedly locked in a three-way battle with Barclays Premier League rivals Manchester City and Serie A giants Juventus for the signing of Spanish attacking midfielder Isco.

According to reports in Spain [via talkSPORT], all three clubs are heavily interested in luring the 23-year-old away from Liga BBVA side Real Madrid and could make a move next year.

Juve had been linked with Isco during the summer as they looked to bolster their midfield options following the departures of Andrea Pirlo and Arturo Vidal to New York City and Bayern Munich respectively, however, Los Blancos rejected an approach from last season’s UEFA Champions League runners-up.

The Italians are expected to face stiff competition from both the Gunners, who reportedly scouted the player last season and City, whose manager Manuel Pellegrini is keen to work with the playmaker once again after their time together at Malaga.

Isco is yet to fully establish himself in the starting XI at the Santiago Bernabeu since his arrival in the summer of 2013, but has featured in both games under new manager Rafa Benitez this season.