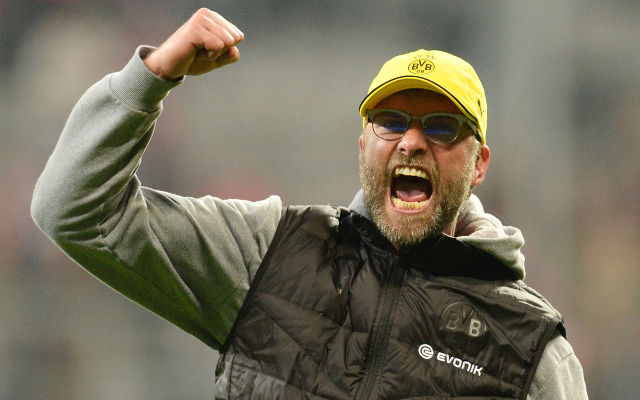 Jurgen Klopp spent seven years at the helm of Borussia Dortmund before calling it quits after a challenging 12 months at the end of last season, and speculation remains rife on his next destination.

He was heavily linked with replacing Brendan Rodgers in the Liverpool dugout during the summer, but Fenway Sports Group, the Reds owners, have retained their faith in the Northern Irish manager.

Though after another summer of significant spending, Rodgers will need to impress this term as a second-chance may not be so readily rewarded – with Klopp perhaps among the favourites to succeed him.

When asked about a return to management, Klopp spoke of his desire to take on an ‘exciting project’, suggesting that Champions League football would not be a must – in what is promising news for Liverpool who may struggle to challenge for the top four, once again.

Speaking at the International Radio Exhibition (IFA) in Berlin, he said: “I’m really very relaxed – but only because I know that it goes some time. I’ll be back to train a team,” as quoted by the Daily Mirror.

He also stated that he is keen to take over an ‘exciting project’, stating that his next club would be “not an absolute top club, there are other good projects that are exciting who need help.”

In other words, Klopp is in search of a challenge, and there are plenty of clubs in the Premier League that have this on offer.