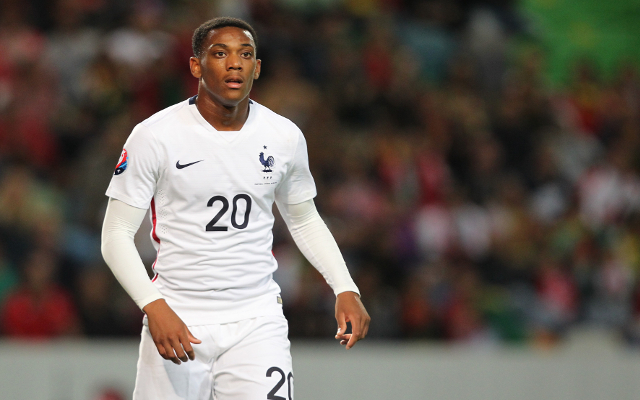 The 19-year-old completed his move to the Premier League giants from Ligue 1 outfit AS Monaco on transfer deadline day last week and the hefty fee has been a huge topic among supporters and in the media since the deal was announced.

With the Red Devils struggling for goals at the start of this season in the league, manager Louis van Gaal has pinned his hopes on the teenager to get them firing once again and he will be hoping the player can hit the ground running after the international break against fierce rivals Liverpool this Saturday evening.

Signs that Martial is destined for a big future in the game are positive as he has been compared to Arsenal legend Thierry Henry in the past and Saha insists the French international can be a success in English football:

“It’s a great asset for Manchester United and that’s what they needed because up front they lack speed sometimes,” the former United striker said [via Sky Sports].

“In France we call him the next Thierry Henry because he can play left or right and he’s got a great ability with the ball.”

“He can take on three, four players with ease, there is no problem. At the same time, the new generation have no fear.”

“He’s got such an ability that he can win trophies for Manchester United I believe that, but I don’t want to put too much pressure on him,” Saha added.