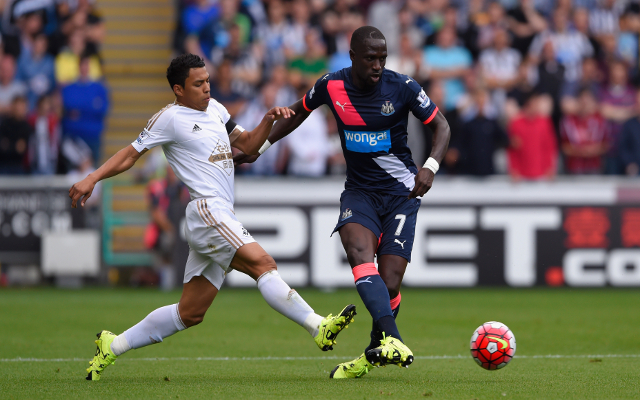 French international Moussa Sissoko has perhaps unwisely stated that Crystal Palace are a bigger club than Newcastle United in an interview that will not endear him with Magpies fans as reported by the Daily Mirror.

The 26-year-old midfielder was responding to queries as to why he was substituted more often when on international duty and stated;

“Today, look at those who play in my position,”

“There’s Blaise (Matuidi) who did extraordinary things at PSG (last season), Paul (Pogba) who is wonderful for Juventus, Yohan Cabaye who has just signed for Crystal Palace and Morgan Schneiderlin who is now at Manchester United.

“Compared to me, they all play in big clubs.” Sissoko concluded.

Whilst it’s true that Alan Pardew’s side are riding high in the Premier League, the Eagles currently sitting in second place in the table, it would be a little unfair to claim the South London side were ‘bigger’ than Newcastle United.

The comments made by the former Toulouse come amid speculation that the Newcastle United man has been angling for a move away from St James’ Park and if he continues to make statements of this nature then Sissoko may just get this way.