However, the ex-England international has been rather harsh on the Merseyside outfit, naming only three of their players in the team. The Red Devils heavy side has been named ahead of the two clubs facing each other on Saturday.

The encounter will be a good judge of where Louis van Gaal and Brendan Rodgers’ sides are this season. Both have had a mixed set of results so far, with the Anfield based side scraping two 1-0 victories from their four games as well as losing 0-3 to West Ham.

Meanwhile, United also have two wins under their belt, but have lost to Swansea City and drawn with Newcastle United. With the duo both hoping to qualify for the Champions League through their Premier League finish in May, whoever wins at Old Trafford this weekend could have a massive psychological advantage. 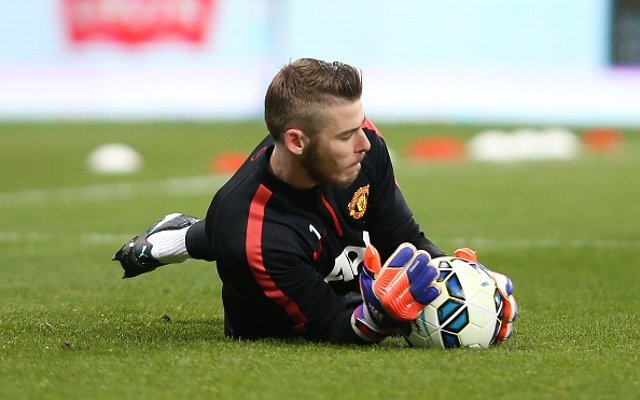 Owen: “I was fortunate enough to be at Manchester United when we signed him, and he is a phenomenal goalkeeper. He is one of the top few, now, in the world.”

Owen: “I have been really impressed with him. It was quite a close call between him and Nathaniel Clyne, but I am going to go for Darmian. He was played particularly well for Manchester United, marauding down that right-hand side.”

Owen: “This was an easy decision. He is a real favourite of mine in many ways. He’s a fabulous football player. He is going to be a mainstay for Manchester United and England for many years to come.”

Owen: “He’s developed into a real mainstay of the Liverpool team. He’s hard, he’s tough, he’s robust. He never misses many matches. He scores the odd goal as well, and he’s one of the first names on the Liverpool team sheet for Brendan Rodgers, week in, week out.”

Owen: “I trained with Chris for many years at United. He’s got real qualities as a defender. He’s big, he’s strong, he’s quick, and those three alone make it very hard for anybody to play against.”