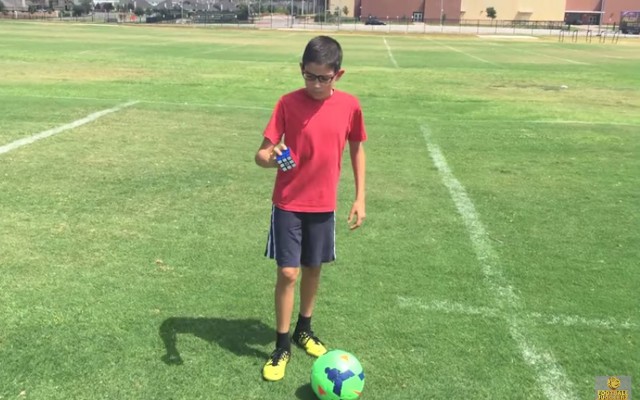 In one of the best clips to have come out this week, or maybe even year, an 11-year-old kid can be seen solving a Rubik’s cube while doing keepy-uppys.

While doing one or the other is difficult enough, managing to be successful at both at the same time is an amazing feat. While it is currently unknown who the child is, or where he is located, it surely won’t be long before he gets the credit he deserves.

Could we be watching the next Lionel Messi or Cristiano Ronaldo? The youngster certainly has the skills, and plenty of time to make it in the game. Although, with the mind to complete that Rubik’s cube, maybe he will become a schemer in the mould of Andrea Pirlo or Xavi.

He has put us all to shame here, and you can probably expect him to be linked to Arsenal by the end of the month…