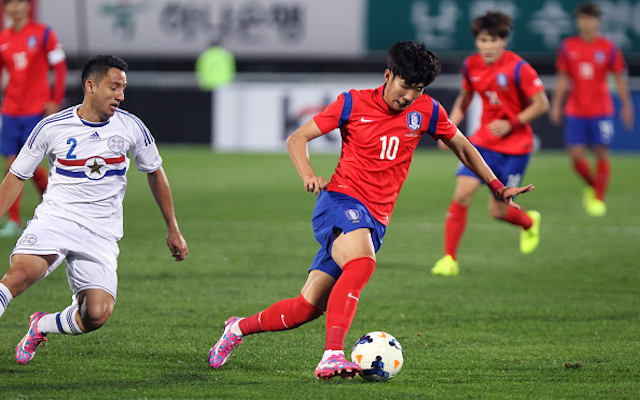 Tottenham Hotspur have announced that summer signing Heung-Min Son has been granted international clearance and will wear the no.7 shirt this season.

Spurs broke the news via their official Twitter account on Wednesday morning and the 23-year-old is available to make his debut this Sunday afternoon against Sunderland at the Stadium of Light.

The @theKFA international forward will wear the number 7 shirt and is now available for selection. #HereComesTheSon pic.twitter.com/aGJ9PeiFGY

Son joined the north London side on a five-year-deal from Bundesliga giants Bayer Leverkusen last month for a fee believed to be in the region of £22million after netting 17 goals in 42 appearances in all competitions during the 2014-15 campaign.

The South Korean forward was unavailable to make his bow against Everton before the international break because of work permit issues, but is now cleared to pull on the squad number that was last worn by winger Aaron Lennon, who joined the Toffees on transfer deadline day last week.

Son will be hoping to have an immediate impact for the Spurs at the weekend as they are yet to register a victory in the Barclays Premier League this season.