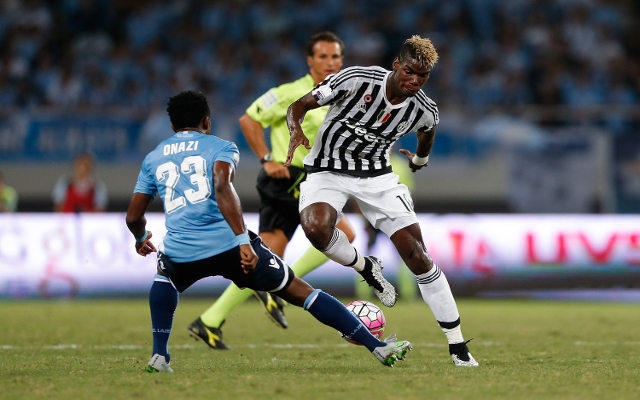 Juventus midfielder Paul Pogba has hinted at a possible move away from the Turin-based side he has represented since 2012, speaking to Telefoot [as per talkSPORT].

The 22-year-old French international has matured into one of the best players in world football since leaving Man United for Italy, helping Juventus to three successive Serie A titles in his time at the club. He is known to be a player who interests both Chelsea (via The Guardian) and Barcelona (via the Daily Mail).

Pogba has seen his Juventus side start the current campaign poorly, losing both of their opening Serie A fixtures, which is quite a worrying statistic for manager Massimiliano Allegri given his side lost just three domestic league games all season in 2014/15.

Allegri has lost the services of Carlos Tevez, Arturo Vidal and Andrea Pirlo, and would be loath to lose Paul Pogba.

Last season, Jose Mourinho saw midfield pair Cesc Fabregas and Nemanja Matic steal the show but the duo have not started the current campaign well and Pogba offers the Chelsea manager very much two midfielders in one.

The rangy Juventus star is very capable of getting stuck in when needed, is an excellent distributor of the ball, and a real threat in the final third, although any successful move to bring Pogba to Stamford Bridge won’t come cheap.

Pogba is quoted as stating: “Why did I stay? Why not? It was not a certainty I would leave,

“I am at Juventus, I am only thinking about Juventus.

“I am at Juventus, but I do not know for how long. We will do this year and then see how things go,” Pogba concluded (Telefoot via talkSPORT).