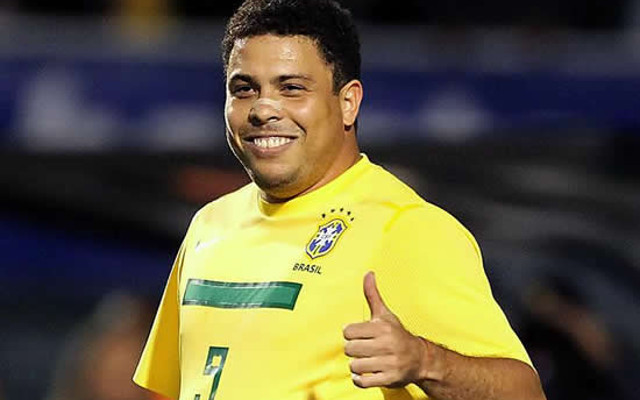 The Brazilian Ronaldo will go down in history as one of the greatest strikers in the history of the game…but as these latest photos from the Burning Man Festival reminds us, his best days are definitely some way behind him!

In his prime, he was nicknamed Il Fenomeno (The Phenomenon), but as the injuries piled up, and the striker put on weight, he was dubbed El Gordo…The Fat One.

It looks like the latter nickname, rather than the former, might be more appropriate these days, particularly if these recently taken shots are anything to go by.

However, while the player has clearly been piling on the pounds, what’s more striking from these shots—captured at the Burning Man festival—is the forward’s dress sense.

In one shot—where the striker is pictures on a segway—the former forward looks like he’s an extra from Star Wars.

Here’s to you, O Fenomeno…

“You have to put up with that” – Ryan Giggs thinks Gareth Bale should deal with Real Madrid criticism like both Ronaldos did March 13, 2019 14:39
Manchester United FC