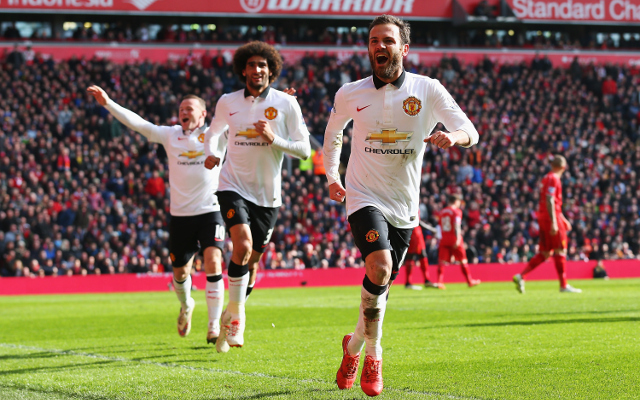 Both clubs will be looking to return to winning ways after suffering defeats against Swansea City and West Ham United respectively before the international break and it’s a fixture that both will be desperate to prevail in given their ambitions to finish in the top four this season.

The Red Devils had made a good start to the campaign with back-to-back victories in their opening two games, but were held to a goalless draw against Newcastle United before losing 2-1 against the Swans at the Liberty Stadium, despite taking the lead in Wales.

It means that the weekend’s clash with the Merseyside outfit at Old Trafford has taken on added importance as the winners will land a psychological blow on their rivals and Giggs believes the game is perfectly suited for the hosts:

“Liverpool is the perfect game to have to come back to after the international break,” the Welshman told the club’s official website.

“Old Trafford will be bouncing for a late kick-off. All the players are looking forward to it and I’m sure the fans are too. Liverpool is always a special game and it’s even more special when you win, so we can’t wait,” Giggs added.

United could hand a home debut to new £36million signing Anthony Martial against the Reds after he became the sixth new arrival at the club this summer on transfer deadline day.