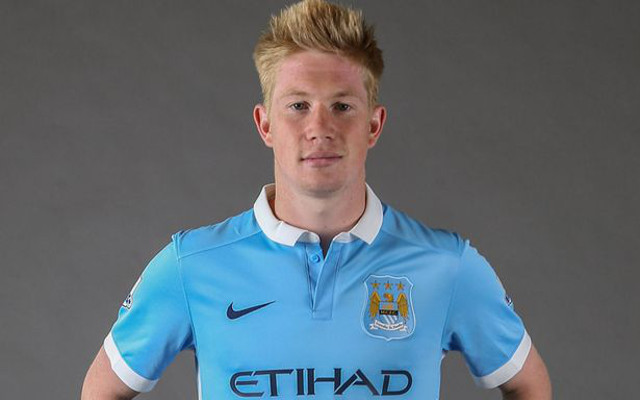 Former Belgium national team manager Georges Leekens has backed Kevin De Bruyne to be a success at Manchester City and also insists the midfielder can reach the very top of the game.

The former Chelsea playmaker made his return to the Barclays Premier League last month after joining City in a deal worth a reported club-record £54million fee from Bundesliga outfit VfL Wolfsburg.

It was in Germany last season where the 24-year-old was in brilliant form for Die Wolfe as he registered 20 assists in the league and also netted in their DFB-Pokal final victory over Borussia Dortmund.

Leekens, who handed De Bruyne his international debut in 2010, says the playmaker will develop even more at the Etihad Stadium and sees no reason why he can’t emulate the two best players in the world Lionel Messi and Cristiano Ronaldo:

“I think he can go to the highest level,” Leekens told Goal.

“I mean on the Messi, Ronaldo and Hazard level. He has already shown what he can do.”

“He will grow. Wolfsburg are a good club but Manchester City is bigger and now it’s the big jump. He’s at the age now where he can start a big career at club and international level,” Leekens added.

SEE ALSO:
Seven clubs MOST visited by tourists: Arsenal, Manchester United, Liverpool, and Chelsea battle for holidaymakers
He won’t even get in the team! Ex-Man Utd star in extraordinary blast at big-money Man City signing
Chelsea, Manchester United, Arsenal & Man City all to make contribution to refugee crisis, but is it big enough?

De Bruyne could make his first appearance in the Premier League for 18 months at the weekend as City look to maintain their 100% start to the new season with victory over second-placed Crystal Palace at Selhurst Park.