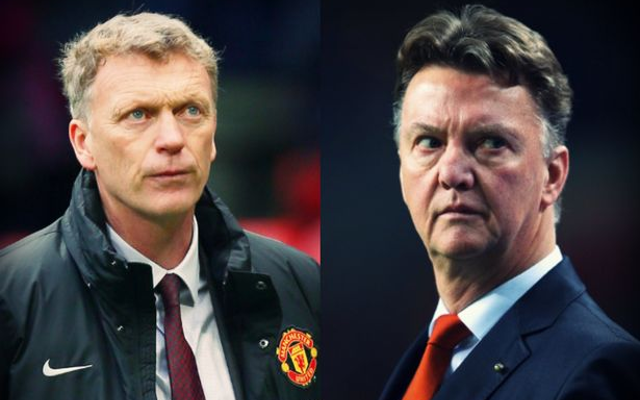 Manchester United manager Louis van Gaal is lucky to be avoiding the kind of criticism that plagued David Moyes in his short Old Trafford career, as the Dutchman is largely doing worse than his predecessor.

Despite spending nearly four times as much as Moyes did, Van Gaal has largely brought the same results, though he fares worse in one or two areas.

As shown in a report by the Daily Mirror, the Dutchman has won 27 games from his first 50 matches, the same amount as Moyes did in his 51 games in total.

This is certainly not enough of an improvement considering the investment that has gone into the team, with big-money flops like Angel Di Maria and Radamel Falcao highlighting LVG’s struggle to really influence his side and command the players’ respect.

Criticised for being boring to watch under Moyes, the same could be said of United now, with the team scoring even fewer goals per game (1.62) than under the Scot (1.69).

United have conceded fewer goals than under Moyes, but have also managed fewer clean sheets – 18, as opposed to 21 in 2013/14.