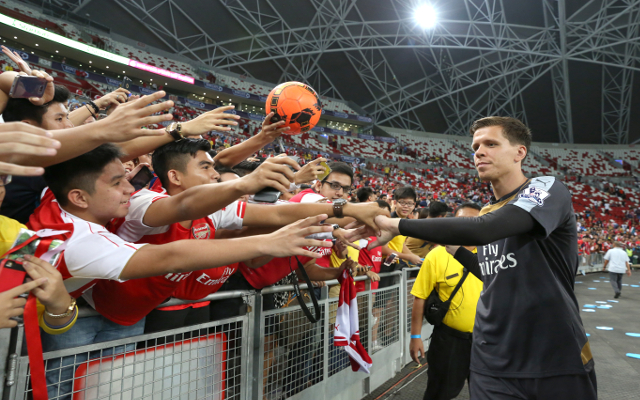 Arsenal manager Arsene Wenger has made a mistake in signing Petr Cech and sending Wojciech Szczesny out on loan this summer according to Poland legend Zbigniew Boniek, Metro Sport reports.

Szczesny joined Serie A giants AS Roma for the season after realizing that first-team opportunities would have been limited at the Emirates Stadium following the arrival of the Czech Republic international from reigning Barclays Premier League champions Chelsea.

However Boniek, who made 80 appearances for the Poland national team, insists Wenger should have retained the services of his compatriot as he strongly believes Szczesny is a better option than Cech:

“Szczesny has a “dry” loan for a year… but if all goes well I am convinced that he will remain with Roma, Arsenal made a mistake to send him away, he is much stronger than Cech,” he told Italian publication Tuttomercato.

“He is very happy to stay in Rome, he is happy with the team,” Boniek added.

Szczesny enjoyed a spectacular home debut for Roma in the fixture just before the international break as he produced a stunning save in the last minute to ensure a 2-1 victory over Serie A champions Juventus.

Meanwhile Cech has overcome a shaky start to his career in north London to keep successive clean sheets in his last two appearances and produced a pair of magnificent stops in the goalless draw against Liverpool two weeks ago.