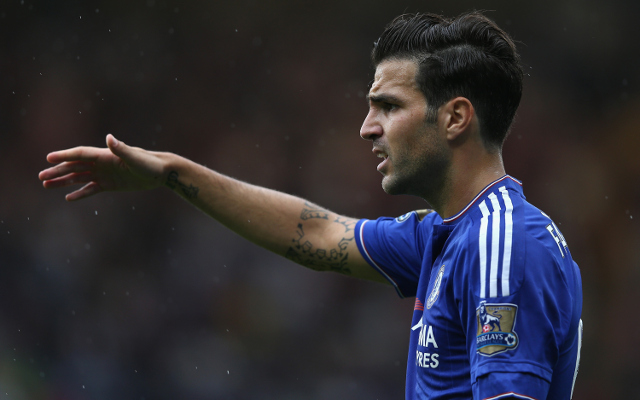 Chelsea playmaker Cesc Fabregas got in the spirit of #ThrowbackThursday and posted a snap of himself from his academy days at Barcelona on Instagram.

Most interesting was Manchester United manager Louis van Gaal‘s appearance behind the young Spaniard, while current Camp Nou defender and close friend of the midfielder Gerard Pique, along with three others, were also in the throwback.

Fabregas has been under fire for his performances in a Blues shirt thus far this season, and if his poor form continues, Jose Mourinho will surely be considering dropping the 28-year-old from his starting line up.

Major summer target John Stones, who handed in a transfer request in an attempt to force through a move to Stamford Bridge, is poised to meet with his admirers for the first since his failed demand.