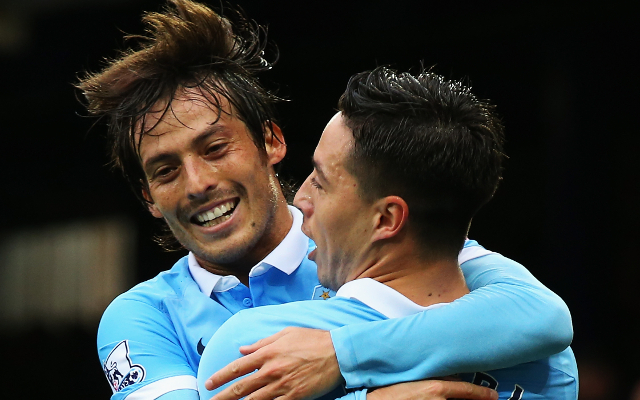 The Spanish international has been in superb form at the start of the season and has played a important role in the club’s perfect start, but will not take any part of the game at Selhurst Park because of a ankle knock.

Another player who is also set to miss the fixture in south London is summer signing Fabian Delph as he limped out of England’s Euro 2016 qualifier against Switzerland on Tuesday night after less than 30 seconds and is now expected to miss at least a month of action.

News of the midfield duo’s injury news was provided via the club’s official Twitter account during Pellegrini’s pre-match press conference.

PELLEGRINI: “Silva is out as I think it would be a risk for him to take another knock on his ankle. I hope he will be OK for Juventus.”

PELLEGRINI: “As for Delph, I don’t know how long it will be, we’ll see. I think at this moment it will be a month and a half.” #palacevcity

Silva’s injury could hand a debut to the club’s record signing Kevin De Bruyne as he the most natural choice to occupy the no.10 role just behind the lone striker.