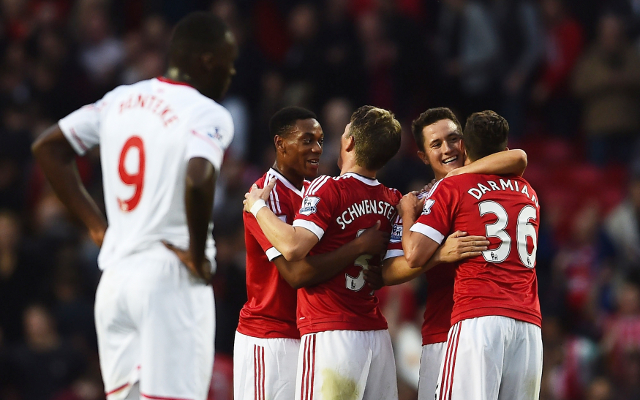 Liverpool legend Mark Lawrenson claims Manchester United aren’t too far ahead of his former side despite their 3-1 defeat at Old Trafford on Saturday evening.

In the huge clash between the two bitter rivals, it was the Red Devils who came out on top thanks to three second half goals from Daley Blind, Ander Herrera and a stunning solo effort from debutant Anthony Martial.

Christian Benteke’s brilliant acrobatic effort had given the visitors a glimmer of hope with five minutes to go, however, they weren’t able to avoid a second successive defeat in the Barclays Premier League and a third straight loss against United.

In his column for the Liverpool Echo, Lawrenson stressed his opinion that there is not much difference between the two sides, but admits both are very short from being at their best:

“Look, United are no great shakes. They really aren’t, and we showed that we could have caused them problems had we been a little bit bolder a little bit earlier.”

“We had a few chances, and then we’ve got an unlikely route back into the game through an absolute wondergoal from Christian Benteke. But just as you’re thinking ‘ok, let’s get right into them here for the last five minutes or so’, they go and let it slip.”

“It’s frustrating, because I genuinely don’t think there was much between the two teams on the day. The trouble is, we’re talking about two teams that are average at best.”

“Liverpool aren’t too far off Manchester United, in my opinion. The trouble is, that’s not saying much,” Lawrenson added.

Liverpool are back in action on Thursday night as they begin their UEFA Europa League campaign with a visit to France for a clash against Bordeaux and welcome newly promoted Norwich City to Anfield three days later.