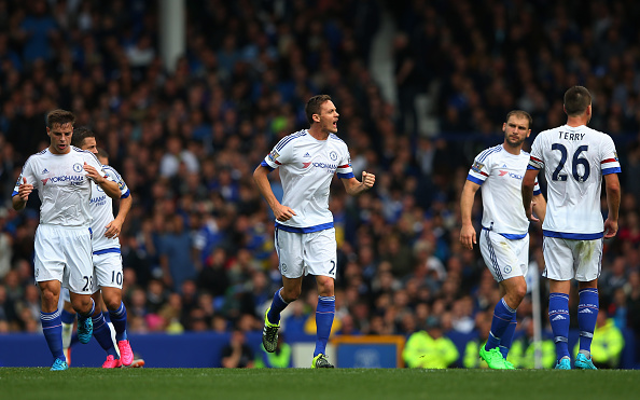 Chelsea midfielder Nemanja Matic says he’s pleased the club have back-to-back home games in the week as they look to overcome a poor start to the new Barclays Premier League season.

It has not been the best of starts to the defence of their crown by the Blues as they have already suffered the same number of defeats they had when winning the league last season and are now 11 points behind current leaders Manchester City following Saturday’s results.

A hat-trick from Everton forward Steven Naismith at Goodison Park inflicted a third defeat of the new campaign for the west London outfit and they face huge games this week, first against Maccabi Tel Aviv in the UEFA Champions League on Wednesday before hosting London rivals Arsenal in domestic action three days later.

Matic, who netted a brilliant goal against the Toffees, admits the team aren’t happy with their form and hopes they can put things right with successive victories at Stamford Bridge:

“Everybody is sad because of the result. Obviously we feel bad. We are in a difficult moment, and having four points after five games is not normal for our team, the Serbian international told the club’s official website.

“It’s good we have another game in a couple of days against Maccabi.”

“We have to win, for our own confidence and for the fans. Then we have a derby against Arsenal, so I hope we will be ready for that and we can take three points,” Matic added.