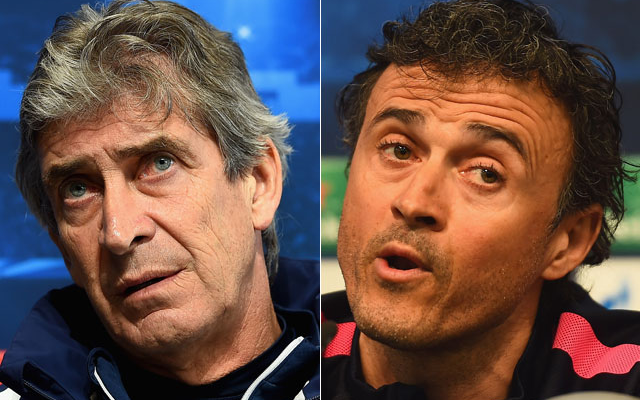 Barcelona look to be winning the battle for Paul Pogba‘s signature against Premier League giants Manchester City, with the Daily Express reporting that they have held successful talks with Juventus.

The 22-year-old has long been regarded as one of the best young talents in world football, having become a star player for Juve since joining the club from Manchester United earlier in his career.

Pogba barely got a look-in during his time at Old Trafford, but now looks to be the complete midfield player, showing great defensive ability as well as skill and technique going forward.

City were one of the clubs after him this summer, though the Express reports that they failed to meet his huge asking price of around £70m.

Barca, however, may be having more luck in doing business with Juventus, and it looks increasingly likely that the Catalan giants will bring the Frenchman to the Nou Camp for next season, when their FIFA-imposed transfer ban will be over.

Chelsea were also strongly linked with Pogba in the summer, with the Express reporting that the Blues could make a huge bid for both him and John Stones, although this never materialised, capping a frustrating transfer window for the Premier League champions.

Pogba would certainly fit in well at Barcelona alongside world-class names like Lionel Messi, Neymar and Luis Suarez.