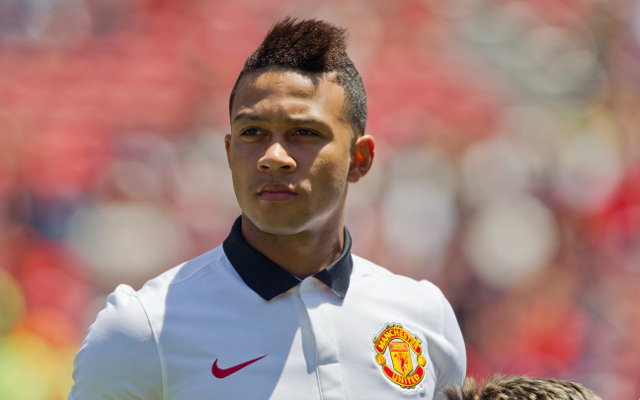 The 21-year-old signed for the Red Devils from Eredivisie giants PSV Eindhoven during the summer transfer window and has shown glimpses of his undoubted talent in the seven appearances he has made in an United shirt.

He opened his account for the club with a stunning brace against Club Brugge in the UEFA Champions League playoff first leg tie at Old Trafford last month and then provided a sublime pass for Wayne Rooney’s opener in the return clash a week later.

However, the Dutch international has failed to score or register an assist in the Barclays Premier League so far and was hauled off at half-time by manager Louis van Gaal in last Saturday evening’s 3-1 victory against bitter rivals Liverpool.

Speaking ahead of the clash against his former side at the Phillips Stadion on Tuesday night, Depay says he working on ways to improve his form and also revealed he will celebrate if he scores against his old club.

“It’s a new experience for me playing in the Premier League so I still have to improve. I think my reaction (to being substituted) was good. I think about it and I’ll improve in training so I can do better in a game,” the youngster said.

“I learned so many things here. But it’s on a different level, the competition is different. I have to learn in the Premier to improve there. I have learned a lot of things from PSV but it’s different.”

“It’s still a game for me, so if I score I will celebrate. I have respect for PSV but I play for Manchester United now.”

“Of course, I was playing for 10 years for PSV before I came to United. It’s a special feeling for me also to see my old teammates and play against them so it will be interesting,” Depay added.