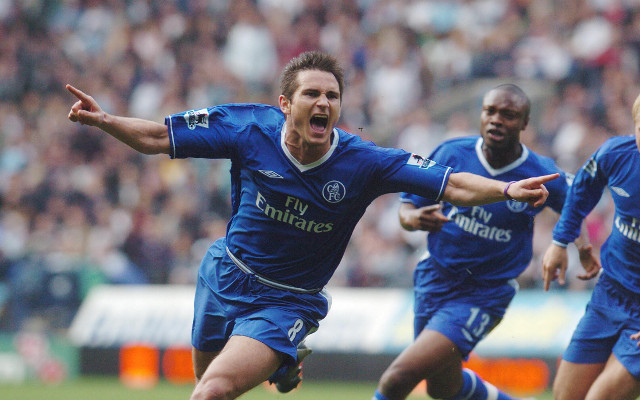 Frank Lampard has revealed which player was his biggest inspiration during his 13-year career with reigning Premier League champions Chelsea.

The Stamford Bridge legend recently had his name etched in the Guinness Book of Records, along with current Blues manager Jose Mourinho, having scored against more teams than any other player in England.

As Chelsea’s all-time scorer with 211, the former England international holds legendary status in west London and has been looking back on his time with the club.

And in an interview with Chelsea’s official website, he discussed the retired Italy forward who he learned from and helped him settle when he first arrived from West Ham United in 2001 – Gianfranco Zola.

‘If you want me to name just one who really inspired and helped me then it would be Gianfranco Zola,’ said Lampard.

‘I came to Chelsea as quite a shy boy and it was for a big fee – I’m not sure I felt that comfortable in the dressing room straight away because of the big names around me.

‘Zola took me under his wing. He was 35 and established as a world-class player, and I was fascinated by the way he trained, practised his free-kicks daily and was always the last on the training ground. He was a gentleman off the pitch and I thought that was how I’d like to be if I could ever get anywhere near what he’s done in the game.’

Lampard teamed up with Major League Soccer franchise New York City FC in the summer after a shock season-long loan at Manchester City.