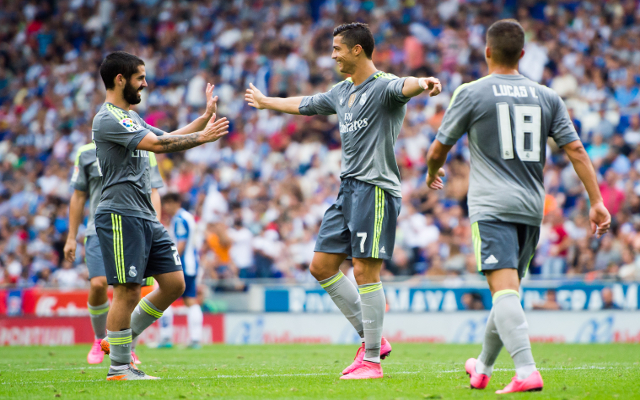 Cristiano Ronaldo had failed to score in Real Madrid’s opening two La Liga games of the season, leading some to question the Portuguese star’s form, but the lethal goal-machine made amends with an amazing five goal haul during his side’s 6-0 away win against Espanyol.

Ronaldo then took to his Instagram account to thanks his team-mates for their assistance in helping him to the superb goal-fest.