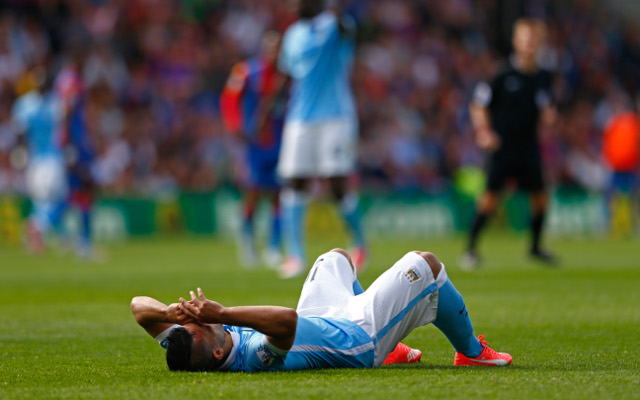 Manchester City host Juventus at the Etihad Stadium on Tuesday night as the group stage phase of the Champions League gets underway.

The big news concerns Argentine striker Sergio Aguero – who suffered a knee injury following a late challenge in the Citizens’ victory over Crystal Palace on Saturday.

And it has been confirmed that Aguero will not be available for selection against the Serie A giants.

“Sergio is not fit,” said manager Manuel Pellegrini, as quoted by BBC Sport.

“I hope he will be OK for the weekend but we must wait to see the result of the scans.”

Attention will now turn to whether Aguero will recover in time to face West Ham United in five days’ time.

In more promising news, David Silva and Raheem Sterling – who were both sidelined with injury at the weekend – trained with the senior squad and are expected to be fit to play.