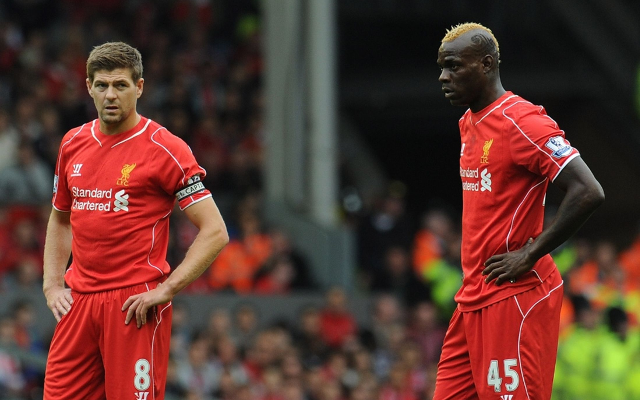 Former Liverpool captain Steven Gerrard has hit out at former team-mate El Hadji Diouf, listing him as the Reds player he liked the least in his whole career at Anfield.

The Senegalese forward was known for being a difficult character, and also became a liability on the pitch with some lazy and self-centred performances.

Gerrard compared Diouf with another Liverpool flop, Mario Balotelli, but insists he enjoyed the Italian’s company more and feels he could still make a career for himself, according to the Daily Mail.

“A few people have since asked me if I saw any comparison between Diouf and Mario Balotelli – and I’ve always said no. I’ve got respect for Balotelli; I’ve got none for Diouf,” Gerrard writes in his autobiography.

“Balotelli can be endearing sometimes — and that’s never a trait that you would associate with Diouf. The only positive aspect of the otherwise ugly signing of Diouf is that he worked hard on the pitch. He always wanted the ball, and he never hid.

“But after a while I decided Diouf simply wasn’t your usual footballer. It seemed to me as if football got in the way of his social life.

“At least Balotelli could still make me smile sometimes, I have a small hope that, one day, his career might work out and he can prove his potential on a regular basis.”