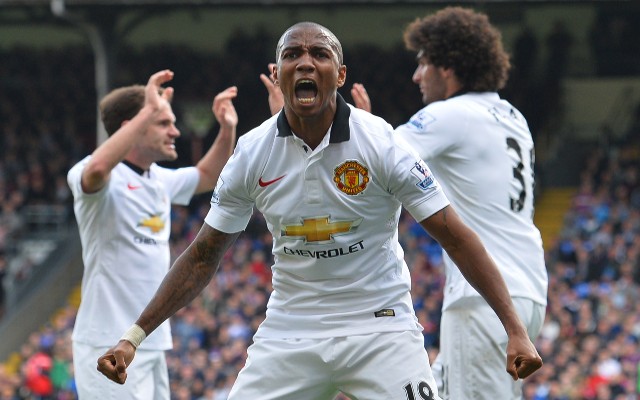 The England international is set to miss the game against PSV Eindhoven through injury and his replacement in the centre-forward position against Liverpool last Saturday was Marouane Fellaini and he struggled with the task of leading the line.

It means manager Louis van Gaal will be left with somewhat of a selection headache as the only recognised striker in his squad for the clash in the Netherlands is youngster James Wilson, who is yet to start a game this season.

This has led to Young offering his services at playing through the middle, despite the fact that he’s never played in the position throughout his career:

“If the manager wants me to play there then, yes, of course I would,” the 30-year-old said.

“I can play in lots of positions and I’ve done that under the manager, whether it’s up front or in midfield.”

“Hopefully I can play there, but it’s up to the manager and he has to make those decisions.”

“He’s said it to me before, but it’s down to him. He has that headache of picking the team, so rather him than me,” Young added.