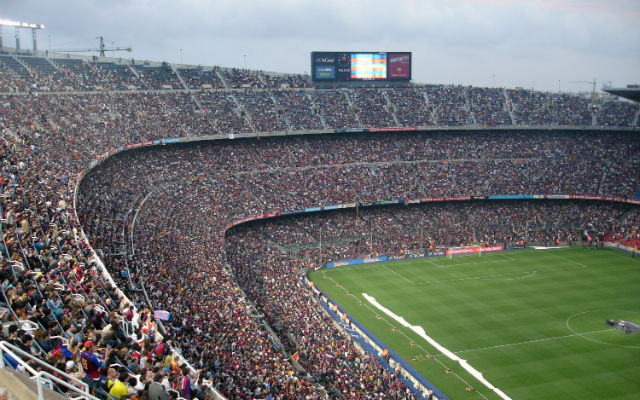 Barcelona chiefs are in talks over a deal to sell the naming rights for the Nou Camp, reports the Daily Mirror.

President Josep Maria Bartomeu and his advisers have been in Doha to talk over a raft of new sponsorship deals. These include a new shirt sponsorship deal with Qatar Airways, which could more than double their current €30 million-a-year contract to €65 million.

However, it is negotiations over the naming rights to the iconic Nou Camp stadium that have caught the eye. The Blaugrana are looking to renovate the ground and surrounding area, and could use the €200 million raised from their sale to help pay for the development.

In 2011 the Catalan side didn’t even have shirt sponsors, but they seem to believe that supporters won’t be too unhappy with this development. In recent times, fans of clubs such as Newcastle United have protested at the renaming of their historic stadiums.

Project manager of the development, William Mannarelli, has revealed that: “Barca were very transparent about the whole issue of naming rights. But there were individual surveys with socios [members] on the issues around the new stadium. Interestingly, the No. 1 priority for the socios was a) ‘how much will my season ticket cost?’ and b) ‘Don’t mess with my seat.’ Naming rights was completely at the other end of the spectrum of priorities.”