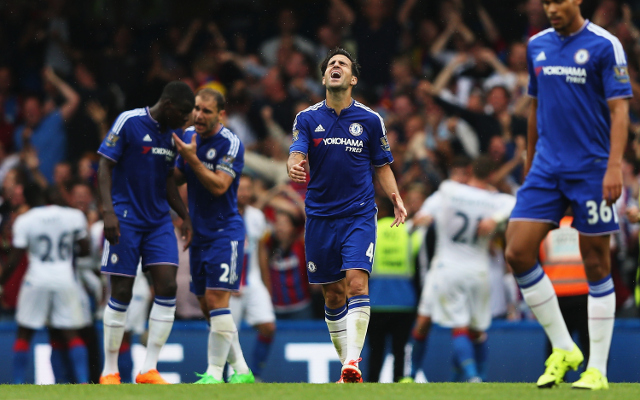 Chelsea‘s defence has come under fire this season, with Branislav Ivanovic, Gary Cahill, John Terry and Cesar Azpilicueta worryingly underperforming – in what has been their worst start to a top-flight campaign in 29 years.

He discussed the role that Nemanja Matic has had in their decline, with the Serb leaving the back four far too exposed, while Cesc Fabregas’ performances have been hugely criticised over the past month – and rightly so.

And Sky Sports have posted these stats detailing the drop that the Blues midfield have suffered compared to last season:

Don’t just blame the defence… why Chelsea’s midfield must share the criticism: http://t.co/BSMtET2mcypic.twitter.com/chkMc691eM

Chelsea are next in action on Wednesday night, as they host Maccabi Tel Aviv in the Champions League.

Jose Mourinho is expected to make significant changes to the side that lost to Everton, with Branislav Ivanovic, Cesc Fabregas and Nemanja Matic set to be removed from the spotlight at Stamford Bridge.