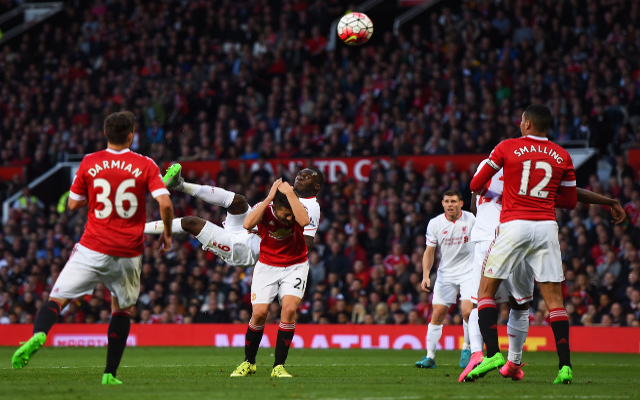 Liverpool forward Christian Benteke believes his side must work harder if they are to recover from a recent run of poor form according to reports on Goal.com.

The Belgian international scored a superb bicycle-kick goal against Man United but saw his side slump to a 3-1 defeat at Old Trafford which has seen Brendan Rodgers’ side slip down to 10th in the Premier League table.

Liverpool signed christian Benteke from Aston Villa in a £32.5m deal over the summer and the 24-year-old was just one of a host of new additions Rodgers brought in during the transfer window and Anfield fans would have hoped the investment in the squad would have improved the standing of their side.

“In the first half, we didn’t play. The second half was a little bit better but, in general, we didn’t deserve a victory.” Said Benteke on Liverpool’s display at Old Trafford.

“When I scored, I thought in my mind that maybe we could come back, but they scored to make it 3-1 and that killed our hopes.

Liverpool travel to Bordeaux on Thursday night for the opening game of their Europa League campaign and then host Norwich City on Sunday and Rodgers will hope his side can get back into gear before they fall further off the top four pace.