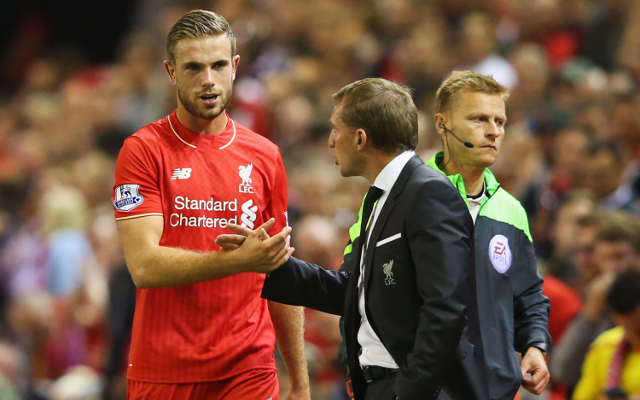 Liverpool captain Jordan Henderson could be sidelined for an extended period having travelled to USA for specialist treatment on his heel injury.

The England international limped off in the Reds’ opening game of the Premier League season – a 1-0 win over AFC Bournemouth – and has been out of action since.

It seems that the injury has proved problematic in its treatment, with reports from The Guardian stating that Henderson was in New York City on Monday and is to see orthopaedic specialist Dr James Cozzarelli.

He isn’t expected to require surgery.

Daniel Sturridge – who has been out with persistent injuries to his thigh, calf and hip – also travelled to the States, last May, to undergo surgery with the aim of speeding up his recovery.

However, with the striker still not fit for action, Liverpool supporters will be hoping that their newly appointed skipper Henderson isn’t set to suffer the same fate.