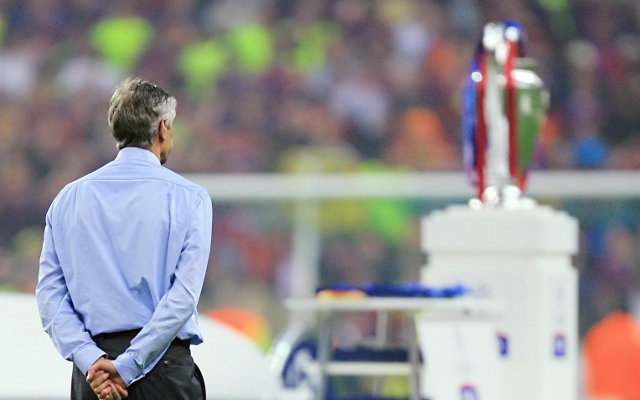 The UEFA Champions League remains the only major competition that has so far eluded the Gunners boss since his arrival in north London back in 1996 and the club has come close to lifting the trophy one one occasion.

During the 2005-06 campaign they reached the final in Paris and faced Liga BBVA giants Barcelona and despite being down to ten-men for the majority of the game, Sol Campbell’s first-half header looked to be enough for the Gunners to shock their opponents.

However, two goals in quick succession in the dying stages from Samuel Eto’o and Juliano Belletti turned the game around in the favour of the Spaniards and Wenger’ side were left with runners-up medals.

The club haven’t come close to reaching another final in the last few seasons as they have failed to make it past the last-16 stage and begin this year’s adventure with a trip to Croatia to face Dinamo Zagreb tonight.

Speaking ahead of the game in his pre-match press conference, Wenger concedes his side have underachieved in the competition recently and says they are determined to succeed this season:

“If we missed one game last year, then it was our home game with Monaco,” the Frenchman said [via the club’s official website].

“We were not patient enough and we wanted to make the difference in the first game.”

“We know we have some way to put that right, that is a regret of the season last year. We know as well that we can show that we have learnt from that.”

“This drive [to win the competition] is immense. It has never been done at Arsenal and we were very, very, very, close.”

“On the other hand, I have been long enough in the job to know you have to be realistic and know that you have to put hard work in,” Wenger added.