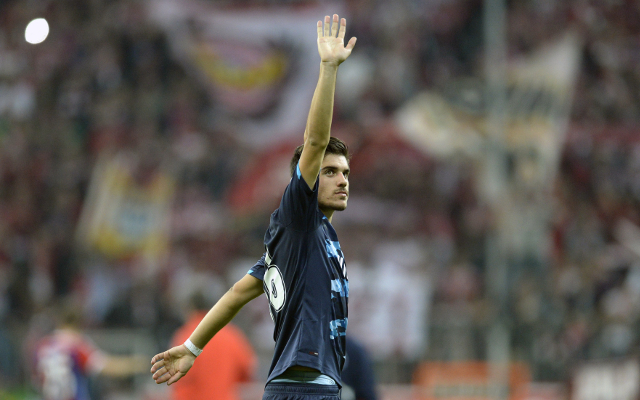 Mourinho has seen his Stamford Bridge side start the season in miserable fashion, their total of just four points from their opening five fixtures represents Chelsea’s worst opening to a campaign since 1988, and is ready to drop a number of star players ahead of Wednesday night’s Champions League tie with Maccabi Tel Aviv (via The Sun).

18-year-old Ruben Nevez became the youngest Portuguese player to play in the Champions League back in August 2014 and has already been capped eight times by the Portuguese Under 21 side and is a player with a bright future.

ESPN, via Le10Sport, claim Mourinho isn’t the only top level manager tracking Neves, with PSG, Real Madrid and Barcelona also keen on the FC Porto starlet though perhaps the Chelsea manager’s past links with the Primeira Liga side could aid any potential move for the youngster.

Ruben Neves will no doubt be well aware that a high-profile move to Chelsea would invariably lead to the FC Porto man having to battle numerous internationals just to get a glimpse of Jose Mourinho’s first-team set-up.

Chelsea possess an extensive squad and young talents find it tough to break through though the West London side’s recent run of poor form could aid such a push.

Mourinho’s side have loaned out an astonishing 33 players over the summer, such is the sheer size of Chelsea’s playing staff.