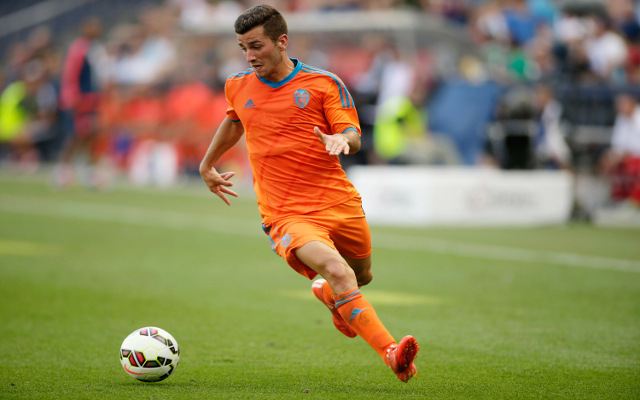 Chelsea are set to battle Man City in a January race to sign Valencia left-back Jose Gaya according to the Metro.

The 20-year-old Mestalla star only signed a new five year contract with his La Liga employers in May and as such is a player who would cost a large sum.

Gaya is a regular in the Spanish Under-21 set-up and has been called up to the senior side on two occasions and is considered one of the hottest defensive prospects in Europe.

Jose Mourinho only recently purchased left-back Baba Rahman from Bundesliga side Augsburg and the Ghana international will now battle first-choice starter Cesar Azpilicueta for a spot in the Chelsea starting eleven and as such one wonders quite where Gaya would fit into the Blues manager’s plans.

Similarly Manuel Pellegrini has two very strong left-back options of his own in the form of Gael Clichy and Aleksandar Kolarov.

Jose Gaya is into his fourth season in the Valencia first-team set-up and made 37 appearances in all competitions last term.