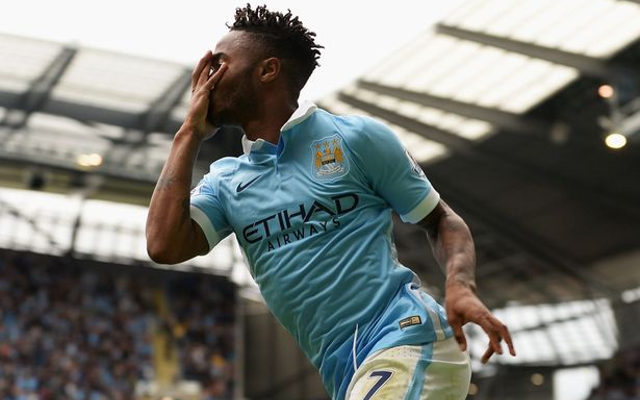 The England international, who joined Manchester City for a fee believed to be in the region of £49million earlier in the summer, has scored just once since his move and spurned a number of golden opportunities against Serie A giants Juventus in their Champions League opener on Tuesday night.

His missed chance when City were 1-0 up ultimately came back to haunt the current Premier League leaders as the Italians hit back through Mario Mandzukic and a brilliant strike from Alvaro Morata to clinch a 2-1 victory and take all three points from the Etihad Stadium.

Gerrard watched the game in the BT Sport studios and offered advice to the winger, whom he was playing alongside just four months ago:

“I think at this point in his career he is trying to add goals to his game. It is something that he does need to sharpen up on,” the former Reds skipper said.

“It’s on his left foot [the second-half chance] but you need to show a bit more power and a bit more accuracy there. It’s a great save but he needs to do better.”

“For me, I think Raheem will be very disappointed he hasn’t scored a goal tonight. He’s still a young boy. He’s gone there with a big price tag and there’s big pressure on him.”

“At this level you’ve got to deliver. It is something he needs to brush up on very quickly,” Gerrard added.

Sterling will he hoping to help the Citizens get back to winning ways at the weekend as they face a West Ham United that has already recorded victories against Arsenal and Liverpool away from home this season.