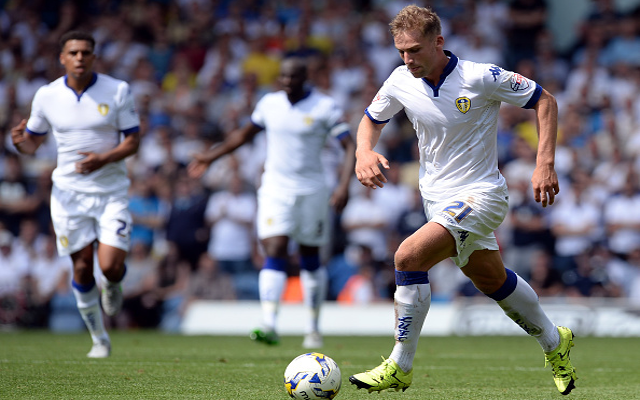 Luke Shaw was the recipient of a poor challenge from PSV Eindhoven’s Hector Moreno and has suffered a double leg fracture that will keep the England man out of action for around six months (via The Guardian).

It’s a real blow for the 20-year-old, as the former Southampton man had been in fine form thus far this season and may fear his prolonged absence could even rule him out of England’s squad for the Euro 2016 finals in France next summer.

Daley Blind moved into Shaw’s position following the Man United man’s injury on Tuesday night, with Marcos Rojo coming on as a sub for Shaw, and the pair may now be the best options available to Louis van Gaal, at least until the January transfer window.

The Daily Star claims Man United have scouted 21-year-old Elland Road defender Charlie Taylor on a number of occasions, and report that the Premier League side could make a £4m bid for the former England Under 19 international in January.

Charlie Taylor has spent a number of spells out on loan during his time in the Leeds United first-team set-up, but became more of a regular last term when he made 25 appearances in all competitions.

The York-born youngster has been an ever-present under new Leeds United boss Uwe Rosler this season.