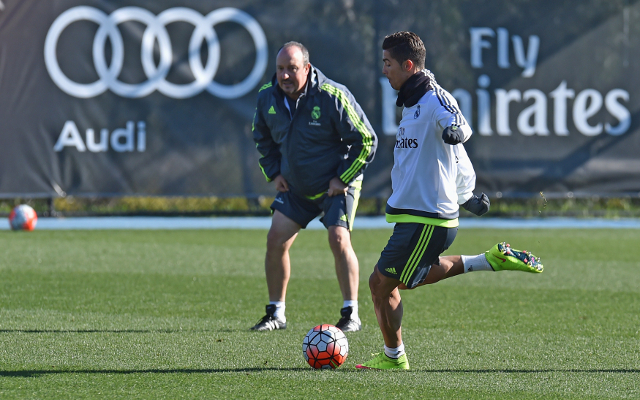 Real Madrid boss Rafa Benitez has refused to name Cristiano Ronaldo as the best player he has ever coached though did move to state that the Portuguese international is the best player in the world today according to the Daily Mirror.

The 30-year-old Bernabeu star notched up a five-goal haul during Real Madrid’s 6-0 away win at Espanyol over the weekend and then followed up that showing with a hat-trick in Tuesday night’s 4-0 Champions League win over Shakhtar Donetsk.

Those goals have left Ronaldo leading the list of all-time Champions League goal-scorers, his tally of 80 some three ahead of rival Lionel Messi.

On the issue of whether Cristiano Ronaldo is the best player Benitez had coached in his career, the Spaniard added.

“He is among the best, and I cannot say the best, because I have coached some very good players. But today he is the best player in the world.”