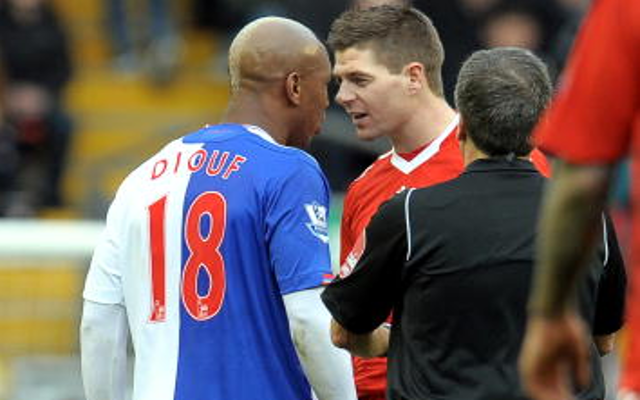 Former Liverpool midfielder Steven Gerrard has sought legal advice after comments made by ex-team-mate El Hadji Diouf according to Goal.com.

Gerrard, who left Anfield for the LA Galaxy over the summer, launched a stinging attack on Senegal international Diouf and as such would have expected a response from the former Liverpool man.

In his autobiography Gerrard commented on Diouf;

“It seemed to me that Diouf had no real interest in football and that he cared nothing about Liverpool. For example, the way he spat a huge globule of gunky phlegm at a Celtic fan in a Uefa Cup match at Parkhead in March 2003 summed up his contemptuous and spiteful demeanour.

“A few people have since asked me if I saw any comparison between Diouf and Mario Balotelli – and I’ve always said no. I’ve got respect for Balotelli; I’ve got none for Diouf.

“After a while I decided Diouf simply wasn’t your usual footballer. It seemed to me as if football got in the way of his social life.”

“It’s common knowledge. Gerrard has never liked black people. When I was at Liverpool, I showed him I was black, that I wasn’t English, but that I’m no pushover. All the time I was there, he never dared looked me in the eye.”

The 34-year-old currently plies his trade for Malaysian side Sabah and endured a miserable time of it on Merseyside, scoring just three Premier League goals in two seasons following his £10m move to Liverpool in 2002.

Lawyers representing Gerrard have pointed out that comments made by Diouf could lead to legal recourse, stating;

“The allegations in those alleged statements are completely false and seriously defamatory of our client.” 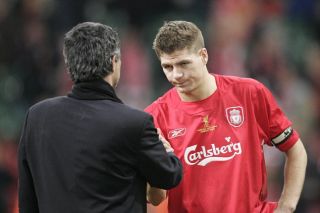