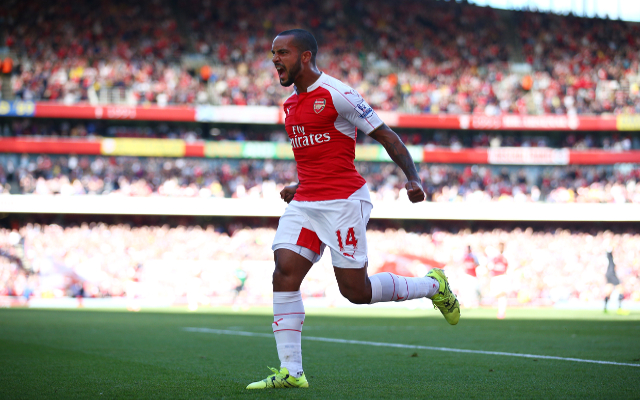 A former forward himself, the 51-year-old believes that the England international can score the goals needed if he is allowed a run in the side. The 26-year-old has started two games and come off the bench twice in the Premier League this season, scoring once.

“Everyone has had their say on Arsenal’s failure to bring in another striker and now I hope Theo Walcott is given a genuine run of games up there,” said Wright, “The Gunners will always create chances and I feel it’s time to unleash Theo and let him prove he can do it.

“The challenge is for the likes of Aaron Ramsey, Mesut Ozil and Santi Cazorla to release him as quickly as possible when he makes those runs.”

Gunners boss Arsene Wenger has been criticised for failing to sign a single outfield player this summer, in particular a new goalscoring threat. This has shown in the first five matches of the campaign, with the team only scoring three times when not counting own goals.

Despite this, the victory over Stoke City – in which Walcott scored – has left them in fourth and five points behind leaders Manchester City. With rivals Liverpool, Manchester United, and Chelsea all struggling early on, this has left them as the most likely team to challenge the Citizens for the top flight title.