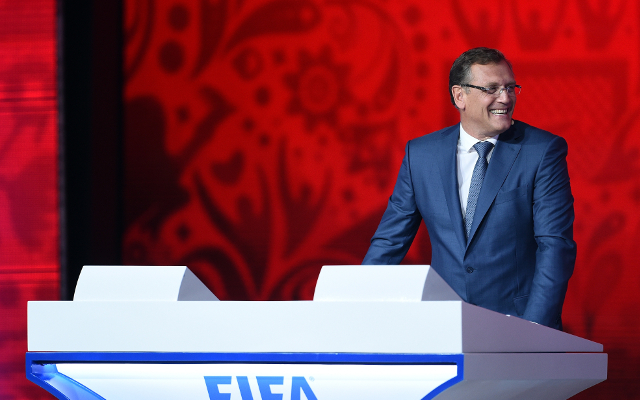 The breaking news coming out of the FIFA headquarters tonight is that secretary general Jerome Valcke has been placed on leave and released from his duties until further notice, BBC Sport reports.

A statement on the official FIFA website said that it had “been made aware of a series of allegations involving the secretary general”.

The allegations are in regard to a report in Guardian Sport earlier today in which Valcke has been implicated in an illegal scheme to sell World Cup tickets for above face value, although the Frenchman is said to have denied these claims.

It’s not for the first time that the football governing body has been in the spotlight for all the wrong reasons in the past few months following serious allegations aimed at President Sepp Blatter in regards to bribery for the 2010 World Cup that was held in South Africa [via BBC News] and seven officials were arrested over corruption charges [via ESPN Sport].