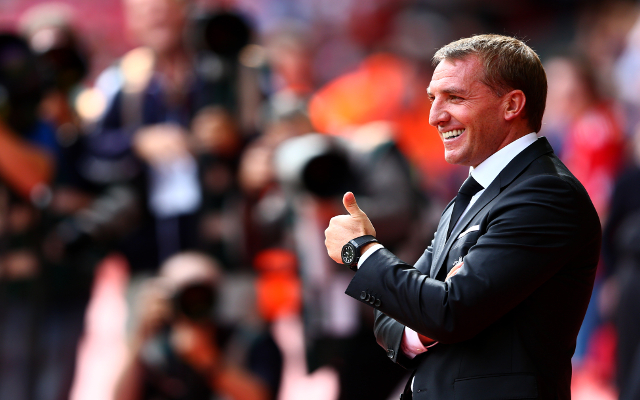 Liverpool manager Brendan Rodgers said he was encouraged with the performances of a number of youngsters during their 1-1 draw against Ligue 1 outfit Bordeaux on Thursday night.

The Reds boss included a number of inexperienced players in his squad for their opening game of this season’s Europa League campaign as academy product Jordan Rossiter was named in the starting XI and Pedro Chirivella was introduced early in the first-half as a replacement for the injured Kolo Toure.

Speaking to the media after the game in France, Rodgers was full of praise for the young pair as well as Jordon Ibe and Joe Gomez, who were also in action at the Nouveau Stade de Bordeaux stadium:

“I was so proud of them tonight, I’ll always give young players an opportunity if they’ve got the personality,” the Northern Irishman said [via the club’s official website].

“This is part of the growth of a young player – do they go out on loan or do you keep them here and put them under that pressure?”

“A lot of our players are actually out on loan, but Jordan Rossiter and young Pedro gained more control as the game wore on.”

“They were able to combine better with other players. It’s invaluable experience for them and I thought they acquitted themselves very well.”

Adam Lallana had given the Premier League giants the lead just after the hour mark as he weaved his way into the penalty area and stroked the ball into the net, however, Jussie equalised for the hosts with just nine minutes to go and ensured the two side’s shared the points.

Rodgers wasn’t happy to concede late on, but was pleased to avoid defeat:

“You’re obviously disappointed, but I was more satisfied and encouraged by the performance.”

“Coming away in European games is always tough to do, but with the lack of experience we had and a lot of the young players, I was delighted with that.”

“But if you can’t win, especially away from home in European games, it’s important you get a point – and we certainly at least deserved that,” Rodgers added.