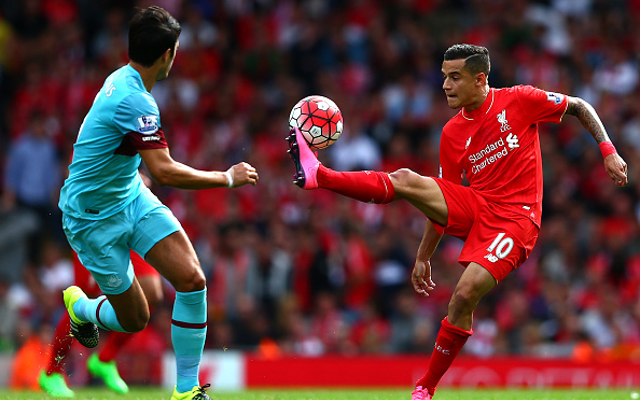 The Liverpool starting XI to face Ligue 1 outfit Bordeaux in this evening’s Europa League opener has been revealed as there is a host of changes for the Premier League giants.

News of the team was announced via the club’s official Twitter account and there is a recall for influential midfielder Philippe Coutinho following his one-match domestic ban, while as expected summer signing Christian Benteke doesn’t feature and there is a first start for the club for Belgian prospect Divock Origi.

The Reds head into the game at the Nouveau Stade de Bordeaux on the back of a disappointing defeat at the hands of bitter rivals Manchester United last Saturday and are without a victory in their last three games.

They face a Bordeaux side that held Paris Saint-Germain to a credible 2-2 draw with ten-men at the Parc des Princes stadium six days ago.