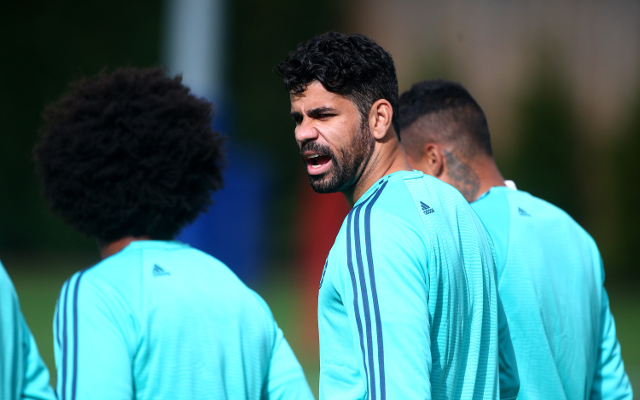 The Blues welcome the Gunners to Stamford Bridge in hopes of registering a second home victory of the season and halt a sequence of back-to-back losses in the Premier League which has seen them drop 11 points behind current leaders Manchester City after just five games of the new campaign.

Following a comfortable 4-0 victory over Macabbi Tel-Aviv in their Champions League opener on Wednesday night, the defending champions of England will be hoping to kick-start their season with victory over their fierce rivals at the weekend and Costa is confident the squad has enough quality to claim all three points:

“If we win then we’ll take a step forward in terms of confidence and points; we know about the importance of the game,” the Spain international told reporters [via Goal].

“We have to remain calm. We have enough quality to fix the situation,” Costa added.

Costa netted his second goal of the new season against the Israeli outfit with a stunning finish after latching onto a fine pass from Cesc Fabregas and the former Atletico Madrid forward, who scored in the corresponding fixture against the north London outfit last season, will be expected to regain his place in the starting XI for the clash.