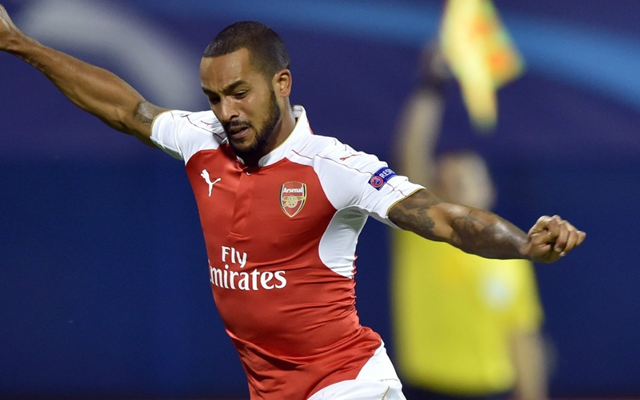 Former Arsenal manager George Graham has tipped Theo Walcott to start up front in the clash against fierce rivals Chelsea at the weekend.

The England international has netted four goals in his last three games for club and country and is pushing for a start against the Blues at Stamford Bridge, but faces strong competition from teammate Olivier Giroud for the chance to lead the line.

Arsene Wenger hinted in his pre-match press conference on Friday morning that he will make a late decision on who will be tasked with firing the Gunners to their first league victory over the defending Premier League champions since the 2011-12 campaign.

Speaking to talkSPORT on the eve of the huge London derby, Graham says the pace of Walcott should give him the advantage over the Frenchman:

“When you are playing away from home you expect the home side to do all the attacking and take the game to you so that would leave plenty of space, which Walcott needs,” the Gunners legend said.

“With Chelsea’s two defenders having a bad time, they won’t want to face somebody with that electric pace,” Graham concluded.

Arsenal can open up a nine point gap over the Blues with victory and that would prove to many that they are genuine contenders to be crowned champions of England for the first time in over a decade at the end of the season.