The Luke Shaw injury leaves Manchester United in a difficult situation – the team have no other truly natural left-back, and may have to adopt a new system altogether to cope with the absence of the England international for the next six months or more.

Number one again after missing out on his move to Real Madrid, David de Gea keeps his place in goal ahead of Sergio Romero.

Brought back into the starting line up as part of a back three, Phil Jones takes a place on the right-hand side and should adapt well to the role.

After a fine run of form, there’s certainly a key role for Chris Smalling in this United XI, putting him as the most central of the three defenders.

In fine form adapting to a new role at centre-back, Daley Blind shouldn’t be moved back to left-back for the moment, and could shine in a back three. 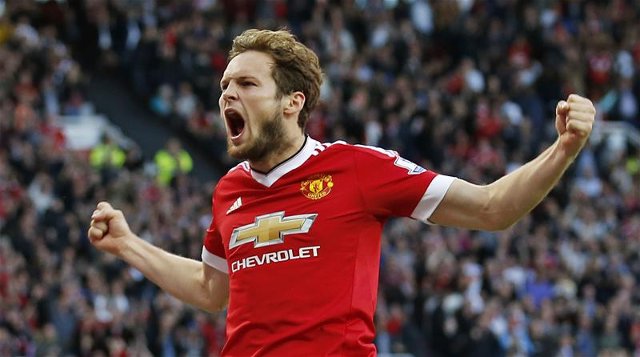