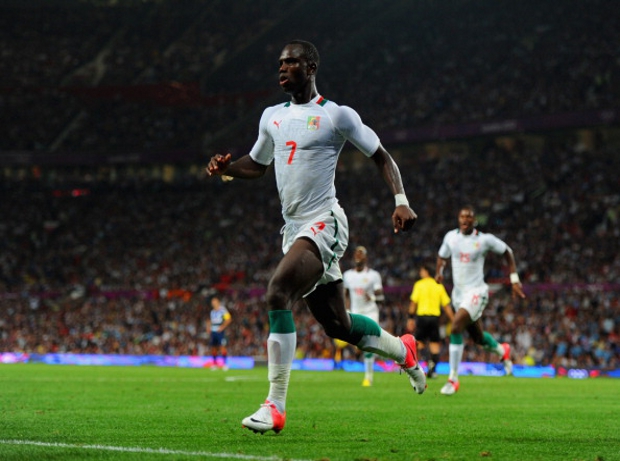 London giants Chelsea, Arsenal and Tottenham Hotspur are all understood to be interested in signing Senegal forward Moussa Konate.

The 22-year-old, who currently represents Swiss side Sion, has been attracting attention from the heavyweight trio, according to the Sunday People [via the Mirror], with both Arsenal and Chelsea understood to have sent scouts to track the forward’s progress.

Konate is also understood to be in the sights of Everton and West Ham United, although his agent Issa Kossoko—as per the Mirror—has revealed that his player would also consider a move to either La Liga or the Bundesliga.

“Lots of English clubs are interested in Moussa – Chelsea and Arsenal scouts are keeping an eye on him – but he is not obsessed with the Premier League and will consider good offers from Germany, Spain or England,” Kossoko began.

“Hannover, Mainz and Bruges were keen on him this summer, offering up to £6m. But Sion said they would not sell for less than £10m,” concluded the player’s representative.

The forward moved to Switzerland from Russian side Krasnodar last season, having previously featured in Israel, with Maccabi Tel-Aviv, and for Italian side Genoa.

The striker’s current contract runs until 2018, but the Mirror report that his current club value him at £10 million, a fee comfortably within the Premier League heavyweights’ price range.

Konate was named in Senegal’s squad for the 2015 Africa Cup of Nations, having previously impressed for the U-23 side at the 2012 Summer Olympics.

All three of Spurs, Arsenal and Chelsea could do with bolstering in offensive areas, while the Hammers, perhaps paradoxically, can call upon a depth of attacking options.