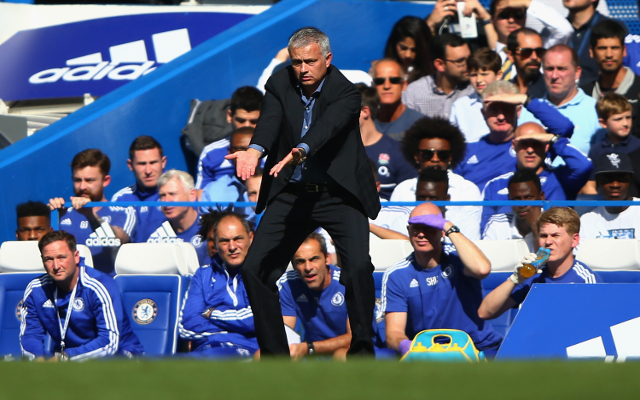 Chelsea boss Jose Mourinho believes Arsenal have nothing to feel aggrieved about following their defeat at Stamford Bridge on Saturday.

Arsene Wenger saw his side reduced to ten men when Gabriel Paulista was sent off for stamping on Diego Costa after the two had been booked for an ongoing spat.

Ten minutes from time the away side were down to nine when Santi Cazorla was sent off for a second bookable offence.

“Where is the controversy? For me, no controversy. The game is about many different aspects, technical, tactical, emotional, physical. Normally the best team wins – we were the best team.” Mourinho stated.

“We were dominant, we were controlled. Obviously let’s not be hypocritical and deny but playing with one man more is easier.

“I think I played against Arsenal 15/16 times and only once they didn’t moan. Maybe it was because they won that game. All the other matches, they have reasons for that.

Arsenal still retain a three point lead of Chelsea in the Premier League table and the clean sheet collected by the West London side was their first in domestic action this term.