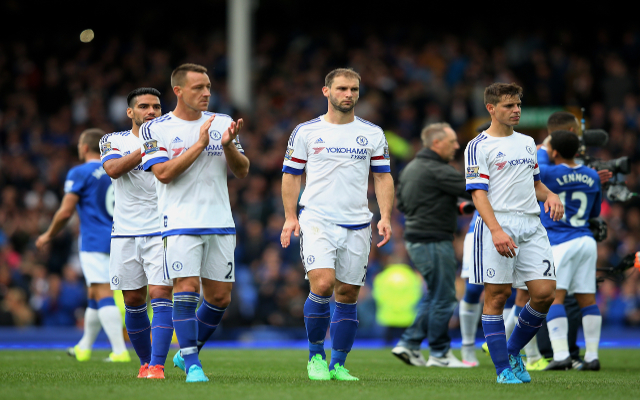 Chelsea defenders John Terry and Branislav Ivanovic are both fighting for their respective futures at Stamford Bridge with neither player impressing thus far this season.

The Daily Mail report that both players are currently unlikely to receive new Chelsea contracts with the duo both out of contract at the end of the current campaign.

Jose Mourinho dropped both Terry and Ivanovic for Chelsea’s midweek 4-0 win over Maccabi Tel Aviv and the defensive stalwarts will need to show a real improvement in form in order to earn new deals.

34-year-old club captain Terry played every minute of Chelsea’s successful Premier League campaign last season but was surprisingly subbed at half-time during his side’s 3-0 defeat away at Man City.

31-year-old Serbian Ivanovic has had a horrific start to the season with a host of opposition wingers humiliating the right-back, with Jefferson Montero and Raheem Sterling proving particularly effective when coming up against the experienced Chelsea man.