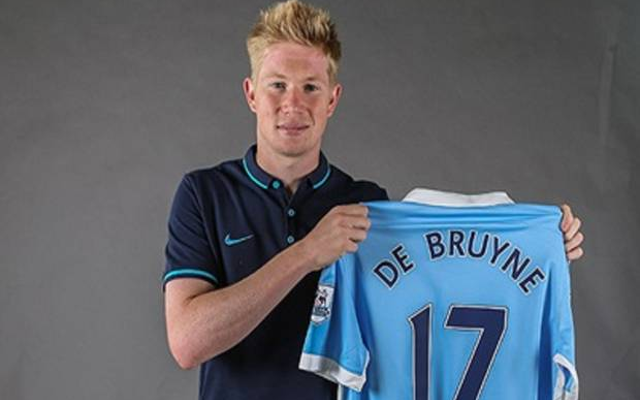 Kevin De Bruyne got his Premier League resurrection story with Man City started with a bang against West Ham United and made his mark all over the field – literally.

A Squawka heat map revealed that the former Bundesliga superstar was extremely active on the edges of the box in one of his first major roles with the Citizens.

HEAT MAP: Kevin De Bruyne in the No.10 role for Manchester City, pulling the strings around the box. Looks a player. pic.twitter.com/xheu8s9Btt

Now that’s impressive – almost as impressive as De Bruyne’s first-ever Premier League goal, which he scored just moments before the end of the first half to keep the match close at 1-2.  Unfortunately for Man City, they were unable to build upon the momentum De Bruyne gave them and they suffered their first loss of the season.

Meanwhile, over at Stamford Bridge, Chelsea boss Jose Mourinho – who once sold De Bruyne to VfL Wolfsburg after just a handful games in 2013 – is at least content but likely not happy with his current midfield situation.

Mourinho’s key man Eden Hazard has not looked anything like the Premier League MVP from just a year ago, while Nemanja Matic and Cesc Fabregas have appeared lethargic. Chelsea won their weekend match against Arsenal 2-0.