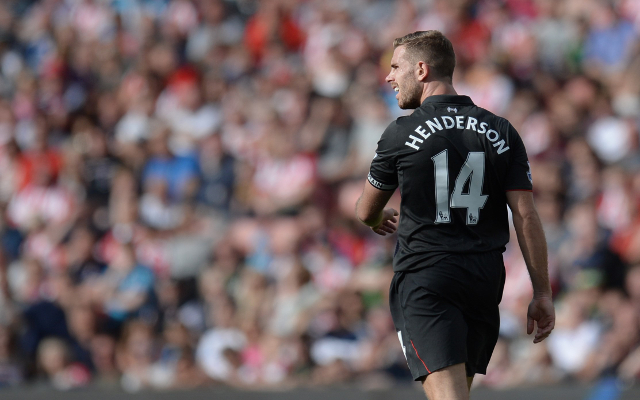 Liverpool star Jordan Henderson is set for eight weeks out after breaking a bone in his right foot according to BBC Sport reports.

The 25-year-old has already spent time out this term with a heel injury but this latest set-back is not related to that problem and leaves Brendan Rodgers without the England international for as many as the next 11 matches.

Jordan Henderson started both Liverpool’s opening two Premier League fixtures, wins against Stoke City and Bournemouth, but hasn’t featured since, with Brendan Rodgers seeing his side fail to win any of their resultant four matches in both domestic and continental action.

As well as missing upcoming Liverpool matches Jordan Henderson has also been ruled out of England’s Euro 2016 qualifiers against Estonia on 9 October and Lithuania on 12 October.